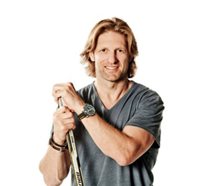 Shayne Corson is the Director of Life Enhancement Services for Beast & Buddies. Shayne is best known for his two-decade professional hockey career and is considered to be one of the best two-way players in the history of the game. His incredible work ethic and dynamic skill set led him to 2,357 penalty minutes over 1157 NHL games spanning 19 seasons. Shayne was a stellar post-season performer, netting 38 goals, 86 points and 277 penalty minutes in 133 career playoff games. Shayne was a fan favourite throughout his National Hockey League career, which included stints with the Montreal Canadiens (twice), Edmonton Oilers, St. Louis Blues and Toronto Maple Leafs. Shayne was a three-time NHL All-Star (1990, 1994, and 1998). A proud Canadian, Shayne represented the Maple Leaf internationally on numerous occasions, including Silver and Gold medal performances for the Canadian World Junior Team in 1984 and 1985. Shayne played in the 1991 Canada Cup sharing the ice with line mate Wayne Gretzky. Shayne was also on the 1998 Canadian Olympic Team in Nagano, Japan as a line mate to Eric Lindros.

Shayne’s journey to hockey success was not a simple one. When he was 15, Shayne began suffering from severe health problems that would eventually be diagnosed as ulcerative colitis. Shayne persevered through the often severe-pain caused by the condition and managed the often debilitating disease throughout his NHL career.

“I wasn’t going to let it hold back from what I wanted to do.” – Shayne Corson on his battles with ulcerative colitis.

With this mindset, Shayne proved to the world that nothing could stop him from accomplishing his dreams and goals.

Since retiring from the NHL in 2004, Shayne has been successfully involved in the Restaurant business, as well as supporting numerous charity events. Shayne makes regular appearances on behalf of the Toronto Maple Leafs, Rogers Communications and many other organizations. Without a surprise, Shayne continues to be a vocal advocate for ulcerative colitis research and awareness. Shayne’s most important legacy, though, maybe his incredible bravery in bringing a greater discussion of mental health issues.

Sadly, there remains a pervasive stigma around mental health. Talking about it is often very difficult, especially in the arena of professional sports. Shayne himself kept his mental health issues hidden for many years before beginning to speak publicly about his battles in 2003. He understood how important it could be for someone of his celebrity to come forward and talk openly about this very human situation.

“I started to talk publicly about it a number of years ago because I wanted to share my story and let other people know help is available.” – Shayne Corson discussing mental health awareness.

Shayne’s courage has inspired many people, including other professional athletes, to seek care for their mental health challenges.

Shayne was one of the driving forces behind the creation of “Hockey Night in Barrie” (Now “Hockey Night in Simcoe County) the star-studded annual event allows fans to see Shayne and other NHL legends play with local celebrities and politicians. “Hockey Night” has now raised more than $1.2 million for the Royal Victoria Regional Health Centre (RVH). Shayne was especially delighted to learn the proceeds from this year’s event will be divided between the Simcoe Muskoka Regional Cancer Centre, and the future child and youth mental health inpatient unit at the health centre. There are currently no inpatient mental health services available to youth in North Simcoe / Muskoka, and as a result, children must be referred to facilities outside the region. 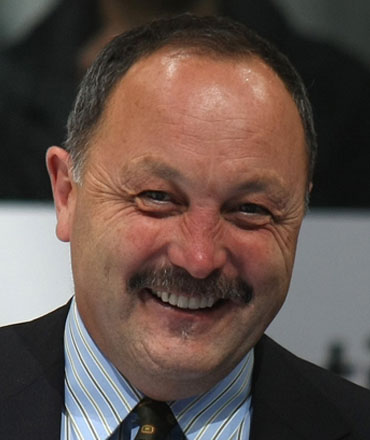 Bryan Trottier is one of the greatest two-way centers ever to play professional hockey! His influential career won him 2 Stanley Cups in Pittsburg. During his 18 seasons on the ice, he played on 6 Stanley Cups winning teams including four consecutive wins with the New York Islanders.

Bryan played in the obscurity until chosen for the Lenthbridge Broncos. He was selected by telephone to play in the NHL when he was underage. This is when Bryan’s hard work and consistency paid off and came to life. One thing about Bryan is that he never took his role in the NHL for granted and always felt privileged to lead such a fantastic career.

It is no surprise that we found him inducted into the Hockey Hall of Fame in 1997. His hard work combined with great players along his side lead him to a good rookie season, where he mostly played with Billie Harris and Clark Gillies for the first year. Their scoring abilities combined with strong power play had Bryan set a scoring record of 32 goals, 63 assists, for 95 points; leading him to win the Calder Trophy. Bryan felt privileged to play with Mike Bossy for almost 10 years, stating Mike as being “the most significant individual player who contributed to my success.” The intense chemistry they had on the ice with the rest of the team lead them to win 4 Stanley Cups in Long Island.

Chief Day has been involved in various boards and committees; at both regional and national levels over the past two decades while remaining a strong grassroots visionary. With a background in Social Sciences, Business, Public Administration and Governance – he is a firm believer that education is culturally rooted and bridged into mainstream disciplines is essential to success. His most personably noted accomplishment was repatriating First Nation Children back to his First Nation from mainstream foster care systems. He has been an energy policy leader, community developer and a tireless advocate for First Nation treaty rights.

Chief Day is the founder and CEO of Bimaadzwin, an organization dedicated to advancing First Nations through sovereignty and economic development. 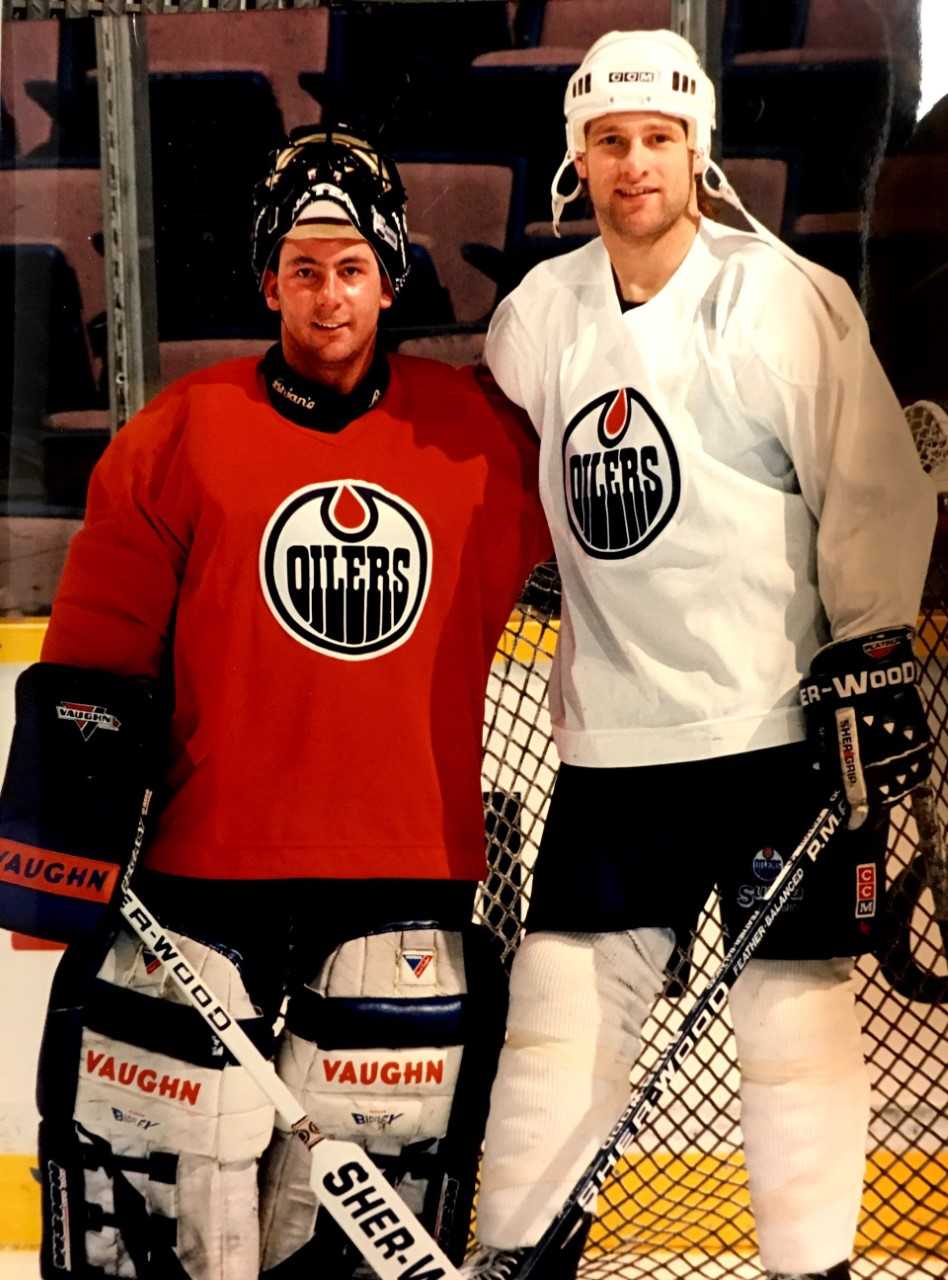 Mel Woolsey is an Entrepreneurial, high-energy executive with 15+ years of leadership successes piloting sport apparel brands such as No Fear, Rival and Kewl to new heights of recognition and profitability, through incisive marketing strategies that speak the culture of hockey, and relationships with widely regarded professional athletes.

Mel had an extensive list of NHL players that were considered friends and gave that credit to his lifetime friend Shayne Corson who Mel says invited him to everything he could from the Montreal training Camp in Russia to the 1991 Canada Cup. In 1993, Mel moved to Edmonton along with his best friend Shayne who was traded to the Edmonton Oilers from the Montreal Canadiens, leading Mel to practice with the Oilers as a goaltender on a regular basis.

With Mel’s extensive relationships he was retained by the premier athletic apparel brand “No Fear” in 1995 to lead the company’s penetration of the hockey market along with CFL and Canadian extreme sports athletes, capture media coverage of key players wearing “No Fear” product, and craft high-impact graphics, slogans, and advertising campaigns. This new position meant that Mel would have to move to Vancouver to work out of the Canadian office although the head office in Carlsbad California hired Mel. Once moved to Vancouver Mel’s good friend Mike Burnstein from Hamilton, Ontario was the head Medical Trainer for the Canucks and wasted no time making a stall in the dressing room where Mel started practicing with the Vancouver Canucks.

Mel went on to recruit players such as Shayne Corson, Wayne Gretzky, Eric Lindros, Steve Yzerman, Brian Marchment and many others in hockey, CFL and extreme sports. These athletes would wear the “No Fear” brand on TV and through News Print building the brand become world known. In 1996 the NHL wanted to start a new apparel brand made around the game of hockey and contacted Mel to be a part of this brand that would eventually be called RIVAL. Invited to assume leadership for the Sports Marketing division of this newly launched company, spearheading the development of a vigorously authentic hockey apparel brand from the grassroots level. With the NHL and the NHL Players not seeing eye to eye Mel was strategically put in place to harness the relationships between both parties.

Mel was also the President and CEO of the Hockey Apparel Brand named “KEWL,” a creation between Mel, Shayne Corson, Darcy Tucker and Tim Clayden that took place in 1998. We now have him on board with Beast & Buddies where his knowledge and active past in the sports industry will be an asset!

Anthony King has been very fortunate to work with a diversified group of people in a variety of professions throughout his career. He is a people-person who is organized, detail-oriented, conscientious, and able to operate autonomously while utilizing good problem-solving and decision-making skills.

Anthony is an accomplished sales professional in the Brewery Industry with vast experience and a history of exceeding targets and objectives, all of which prepare him well for partnering with New World Pharmers. Anthony brings a high level of credibility through his involvement in sitting on several Boards, including Co-Chairing the Ontario Craft Brewers Association which has given him insight into Federal Government branding and distribution objectives.

Anthony has been privileged to work in both major and micro-breweries, and his skill set from his experience has given him a competitive advantage and contributed to his solid track record of accomplishments. Proficient in Sales and LCBO Rules of Trade, Anthony is certified as a Prudhomme Level III Beer Sommelier which will provide him with an opportunity to offer added value to marketing and sampling programs to licensees and home consumer events featuring the New World Pharmers Brand.

Tim Clayden brings more than 27 years of Junior Hockey administration and management experience. Tim’s administrative and hands-on approach has established grassroots fundamental management practices that are now in use throughout the game of Junior Hockey today. As a people ‘centric’ person understanding the value of customer relations, Tim has utilized those skills to become a successful owner, Team Governor, Head Coach, General Manager, and Treasurer-Secretary at every level from Junior “C” to Junior “A” hockey within the Hockey Canada umbrella. This includes the Ontario Hockey Association, Ontario Junior Hockey League and the Northern Ontario Junior Hockey League. He briefly coached the Merritt Centennials of the British Columbia Hockey League where he diversified his career and soon joined the public relations and marketing division of the Victoria Cougars Junior ‘A’ Hockey Club of the renowned Western Hockey League.

During his tenure in the OJHL, Tim Clayden held the position of OJHL 1st Vice-Chairman of the league’s Hockey Operations Committee and Chair of its Contraction Committee. As an OJHL Board Member, league owners and his peers voted Tim in for 9 consecutive years. It was Tim Clayden’s vision, tenacity and willingness to bring all owners together to work as one under one league umbrella along with current OJHL Commissioner Marty Savoy and fellow OJHL Executive Board Members at the time, which has helped define how the OJHL operates today, within the Canadian Junior Hockey League.